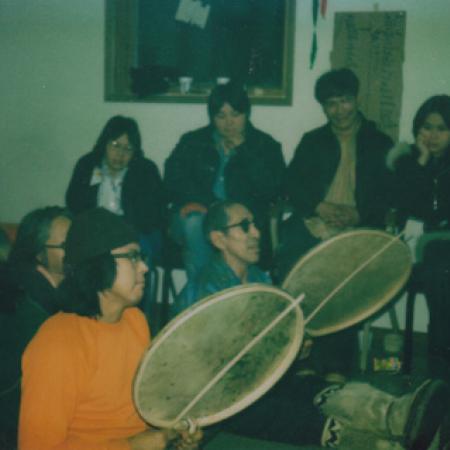 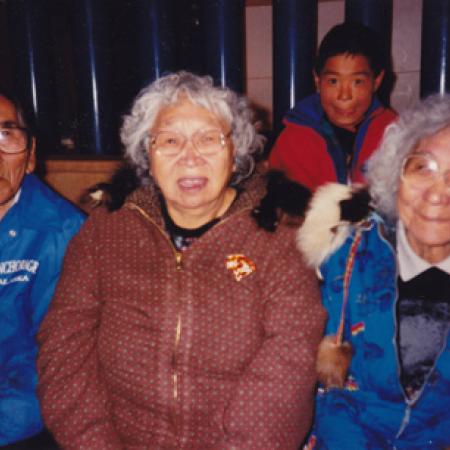 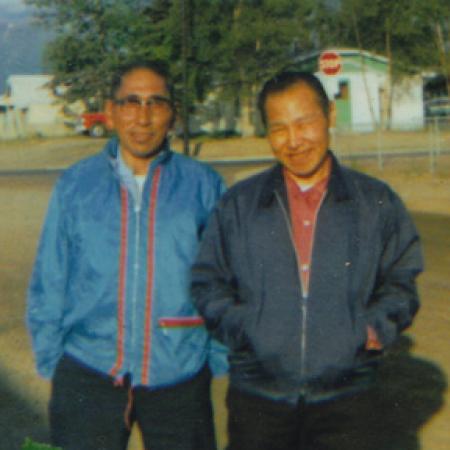 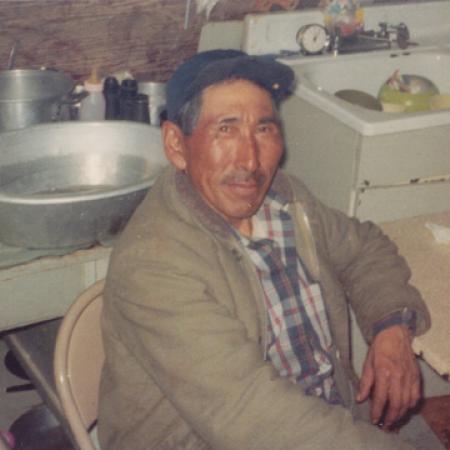 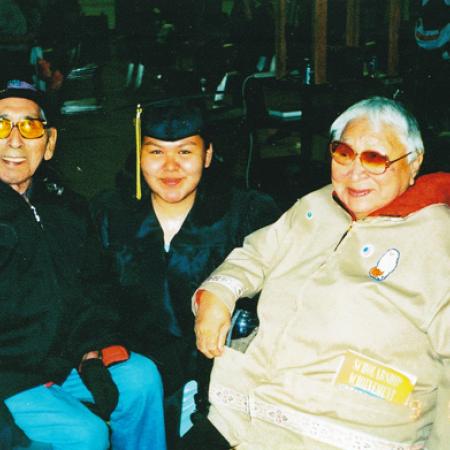 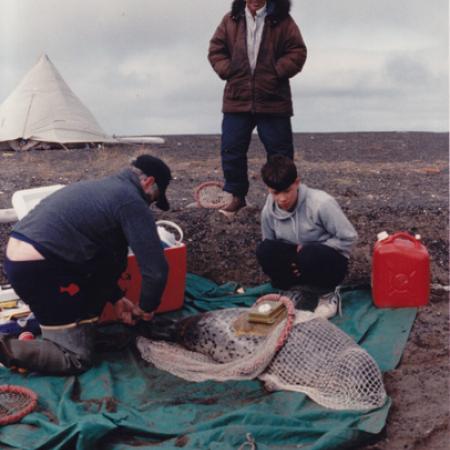 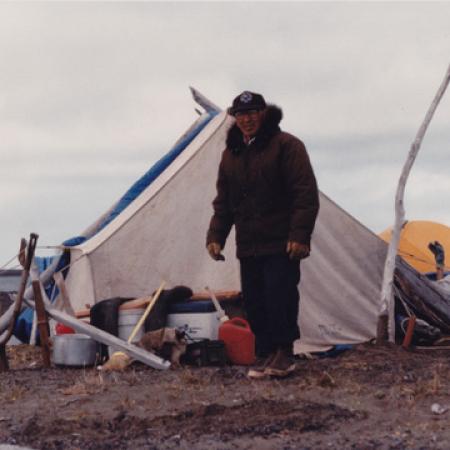 Warren Neakok in Front of Tent 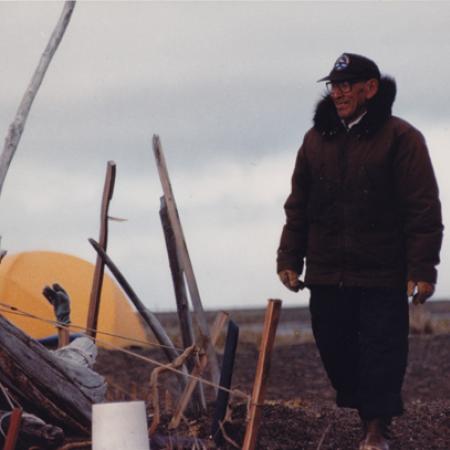 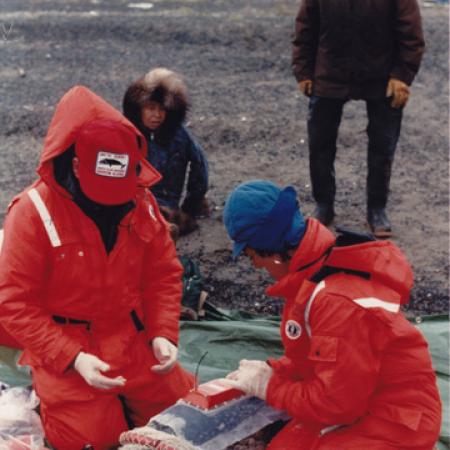 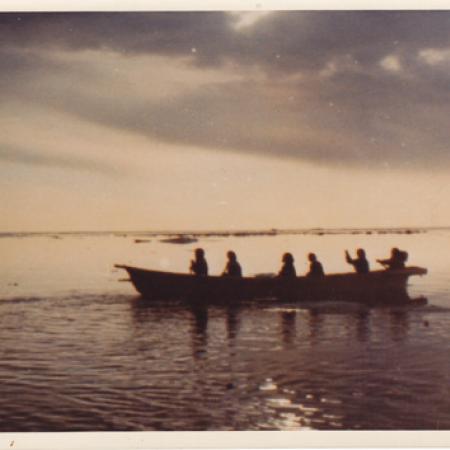 Warren Neakok in a Boat on the Water 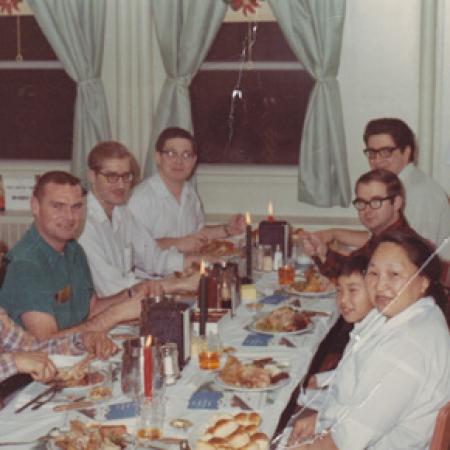 Warren Neakok with Friends and Family

Warren Harding Neakok was born to Frederick Thomas Neakok (known as Tommy Neakok or Tommy Knox) and Eva Neakok at Akuliaqattaq near Icy Cape, Alaska, while his family was camped there hunting bearded seals. At age four, Warren was adopted by his grandparents, Neakok and Kimmik Knox and grew up in the area around Icy Cape, Point Lay, and Wainwright, Alaska. He grew up living off the land following a traditional subsistence lifestyle of traveling by dog team and hunting caribou, seals, and beluga whales, catching fish, and trapping birds and small game. He learned to set ptarmigan snares and set squirrel traps from his grandmother, and how to hunt with a bow and arrow and a rifle from his grandfather. Throughout his life, Warren was an accomplished hunter and trapper, successfully harvesting beluga whales, seals, polar bears, caribou, fish, fox, wolves, and wolverines. He also was a reindeer herder. He started living in Point Lay around 1940 and worked as a janitor at the school. In 1947, while caring for his mother and siblings after the death of his father, Warren married Dorcas Tingook Upicksoun, a widow caring for eight children; they went on to have six more children of their own. Warren provided for his family through hunting and trapping and found work with the Coast and Geodetic Survey and at the DEW-line station. Warren and Dorcas Neakok remained living in Point Lay during the 1950s and 1960s when others moved away and the village nearly disappeared. They are credited for helping to keep the community and traditions alive until it was resettled in the 1970s.Warren was a respected Iñupiaq elder known for his knowledge of the ice conditions along the Chukchi Sea coast from Wainwright to Point Lay. Warren Neakok died on September 26, 2010. For more about Warren Neakok, see To Keep The Past Alive: The Point Lay Cultural Resource Site Survey by Warren Neakok, Dorcas Neakok, Waldo Bodfish, David Libbey, Edwin S. Hall, Jr., and the Point Lay Elders (Barrow, AK: North Slope Borough, 1985).