Little Beetus and his wife, Ida 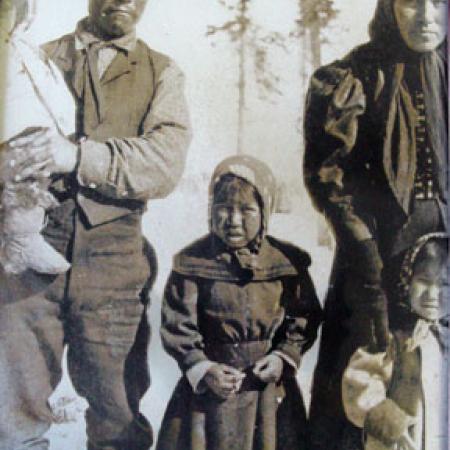 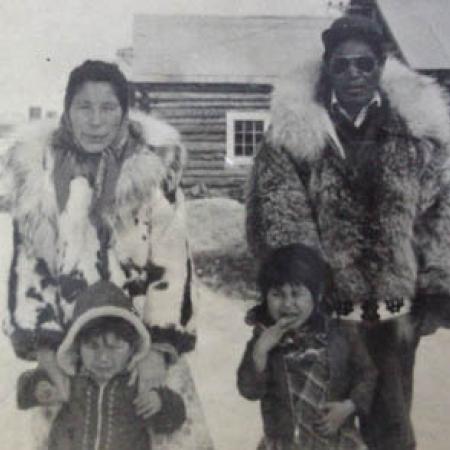 Celia and Joe Beetus with their children 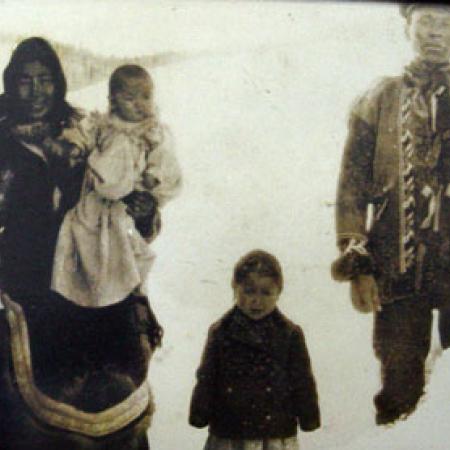 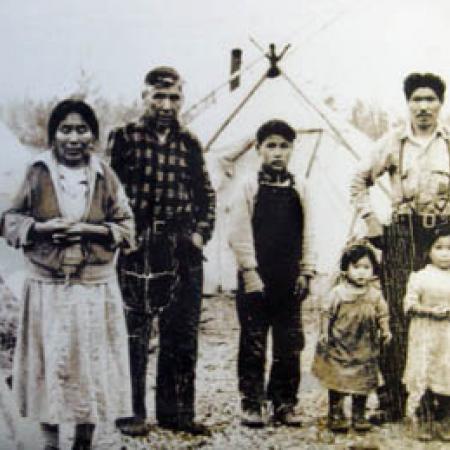 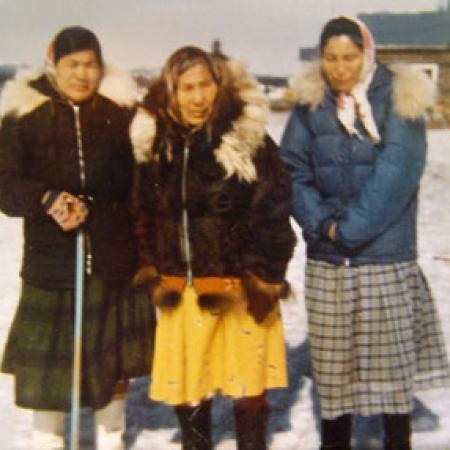 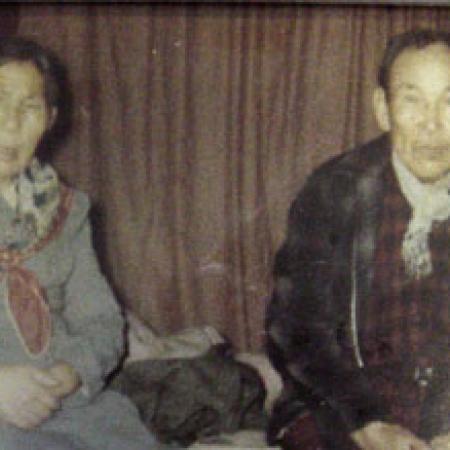 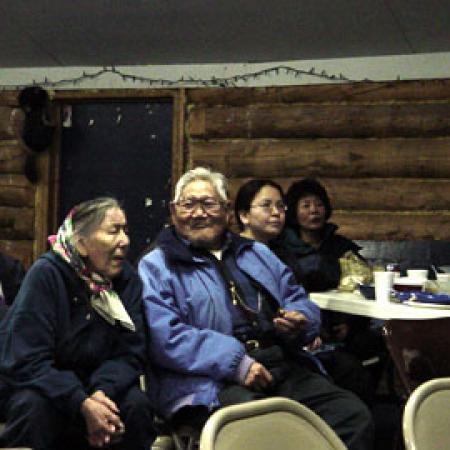 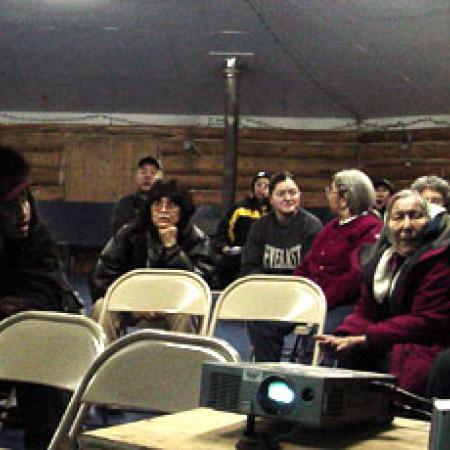 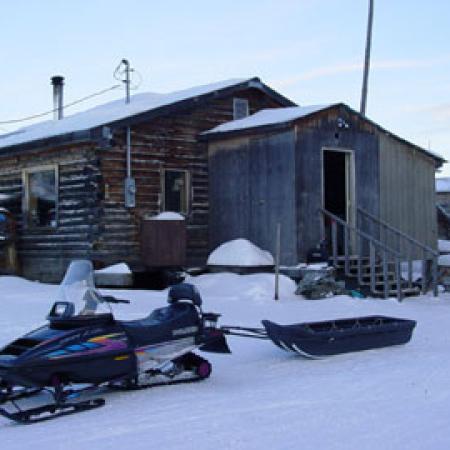 Celia Beetus was a Koyukon Athabascan elder from Hughes, Alaska. She was born in 1922 to Annie and Jimmy Koyukuk at the mouth of the Alatna River at Allakaket, Alaska. She grew up living a traditional subsistence lifestyle moving from camp to camp with the seasons. Despite this seasonal lifestyle, Celia did attend the mission school in Allakaket for a while, and most of her summers were spent at the family's fish camp, ten miles below the village. In l938, when she was sixteen years old, Celia married Joe Beetus and they settled in Hughes, Alaska. Joe was a trapper and hunter, so they continued to follow this traditional subsistence pattern with their own family of eleven children until 1957 when a school was built in Hughes and they settled in the village permanently. Celia hoped future generations would be able to continue to live off the land according to their cultural traditions. She was a culture bearer and a bilingual teacher in Hughes for many years, was known for her beautiful work and artistry in Athabascan sewing, knitting and cooking, and was always willing to teach and share her traditional knowledge and skills to those who were interested in learning. Celia Beetus passed away in 2019.

Joe Beetus was a Koyukon Athabascan elder from Hughes, Alaska. He was born in 1915 to Ida and Leon (last name unknown) and raised around Allakaket until he was about 14 years old when his family moved down to the Hughes area. His father was a prominent member of the community that coalesced around the Episcopal Mission, St. John's-in-the-Wilderness, that was built by Hudson Stuck in l907-08 at the site that became the village of Allakaket. Leon died not long after Joe was born, and his mother married Little Beetus, who was from around South Fork. Joe grew up largely in camp, particularly in the Kanuti or Old Man River area. He grew up living a traditional subsistence lifestyle of hunting, trapping and fishing and moving camp as the season changed. In 1938, Joe married Celia Koyukok from Allakaket and they continued to follow this traditional subsistence pattern with their own children until 1957 when a school was built in Hughes, and they settled in the village permanently. Throughout much of his adult life, Joe trapped and hunted in the winter from a cabin base camp on Hog or Hogatsa River, north and east of Hughes. Joe also worked in local mining camps in the summer, worked as a cook and heavy equipment operator, and served as the tribal chief for the village of Hughes. Joe was well known in the Koyukon region for his talents as a singer and composer of traditional and ceremonial songs. Traditional style songs were composed for and sung primarily at memorial potlatches. By 1992, he was one of a relatively few men who was still active in this pursuit, which used to be almost entirely a man's province. In 1980, a book about Joe's life titled Joe Beetus: A Biography. Hughes was published (Curt Madison and Yvonne Yarber, Hancock House, Vancouver, BC, 1980). In 1987, he was featured in Episode #4 - "Grandpa Joe's Country" of the documentary film Make Prayers to the Raven that explores how traditional spiritual values and beliefs guide the day-to-day lives of Alaska's Koyukon Athabascans. And as an elder, he earned the honorary title of Traditional Chief. Joe Beetus passed away in 2009 at age 93.