These images from the Kayamori-Yakutat Collection are housed in the Alaska State Library in Juneau, Alaska. The library's finding aid says the following about the collection: "The Yakutat photograph collection is attributed to a Japanese cannery worker named Fhoki (Shoki) Kayamori who worked in Yakutat, Alaska and as an amateur photographer recorded activity there from about 1912 to 1941.* The photographs include views of buildings in Yakutat, the canneries, funerals, Alaska Native Brotherhood/Sisterhood activities, and numerous portraits. His tragic death was a suicide for he did not want to be placed in a detention camp because of the war." 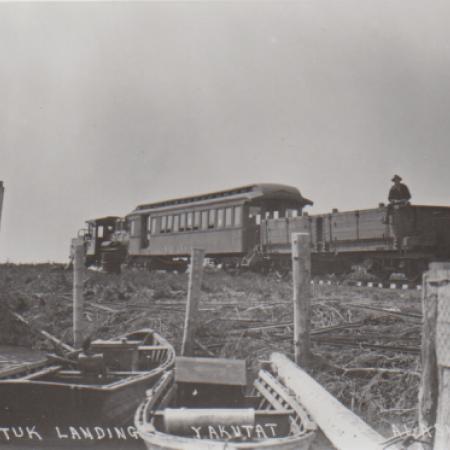 The train at Situk Landing, Yakutat 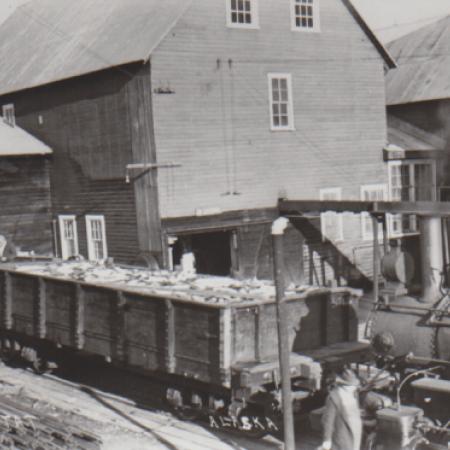 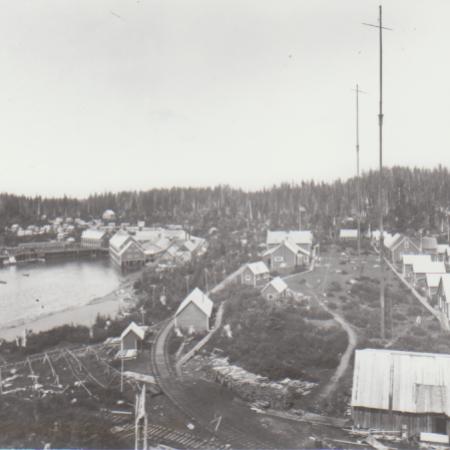 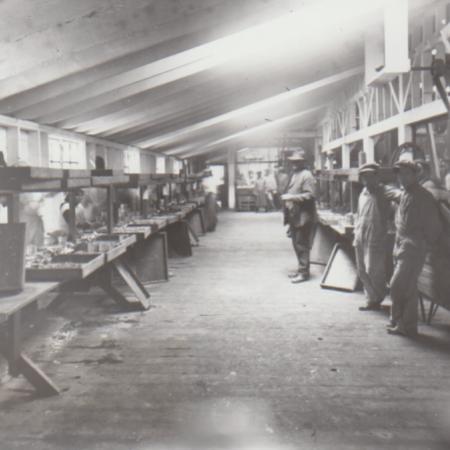 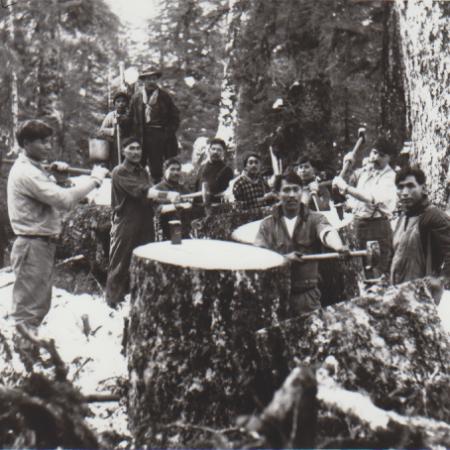 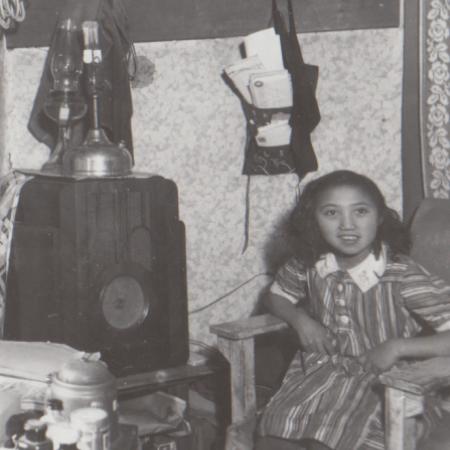 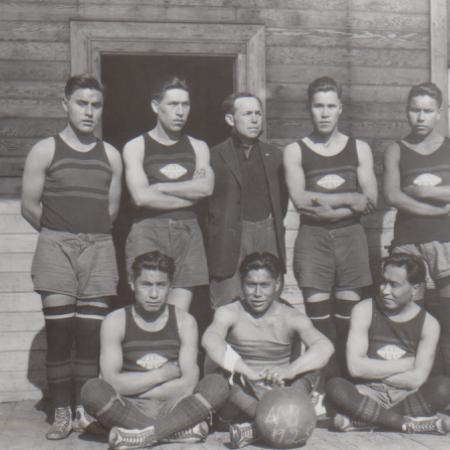 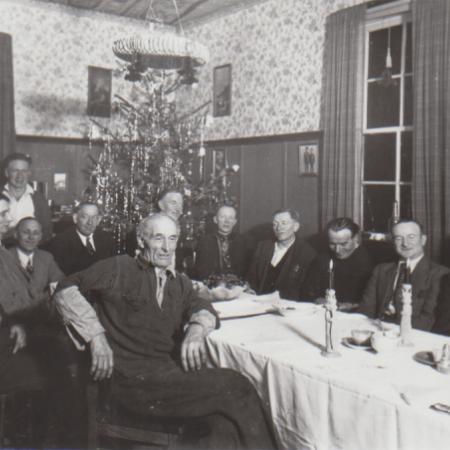 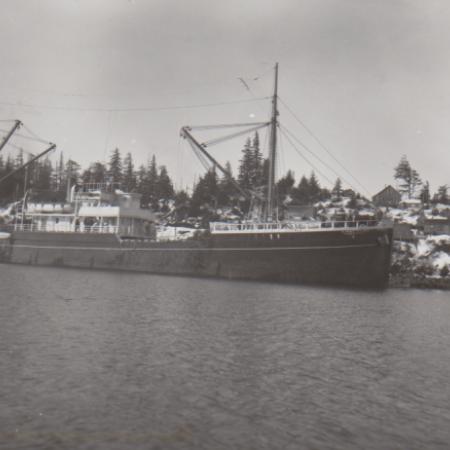 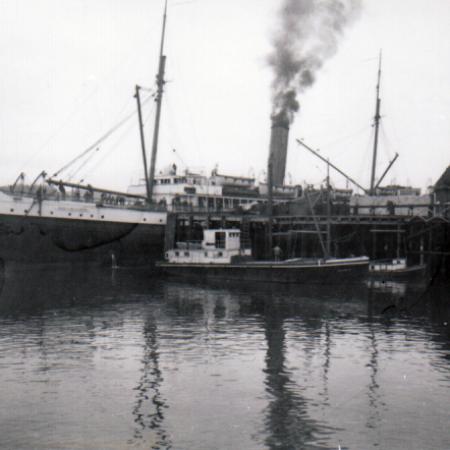 Steamer at the cannery dock 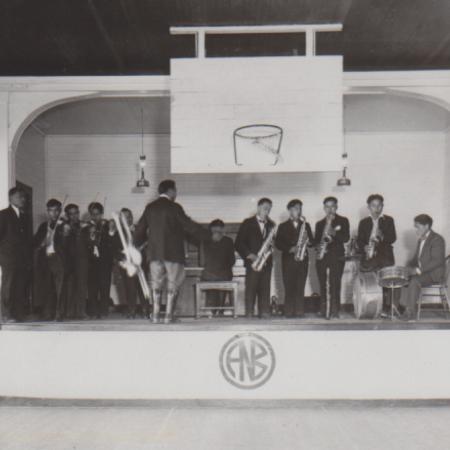 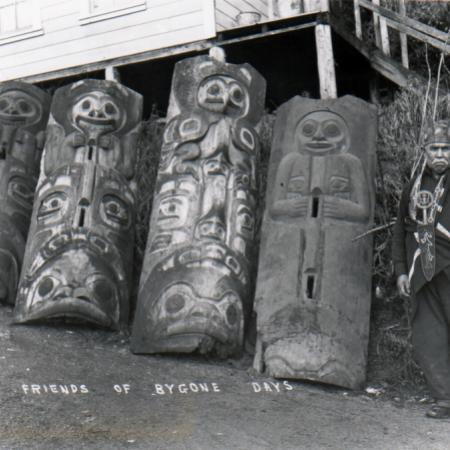 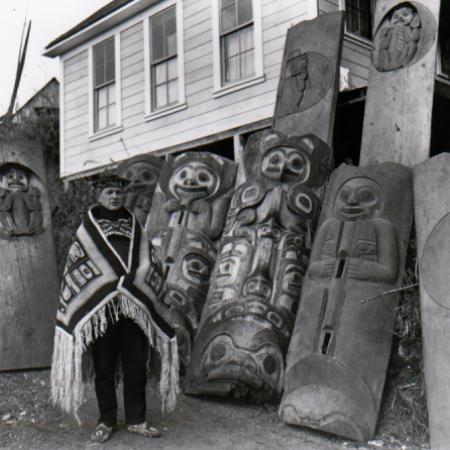 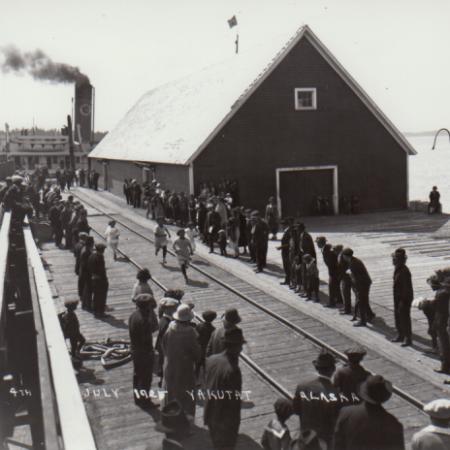 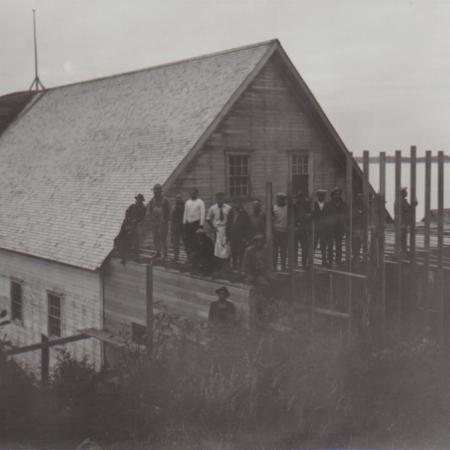 Mary Ann Paquette grew up in Yakutat, Alaska and has memories of the community from long ago. She helped comment on the Kayamori photo collection for the Wrangell-St. Elias National Park Project Jukebox.

Elaine Abraham was born and raised in Yakutat, Alaska, where she now resides. Her father was a traditional Tlingit chief and Elaine was raised in the traditional Tlingit manner. After earning a nursing degree and working for several years in Arizona, she returned to Alaska as the first Tlingit registered nurse. She served at hospitals in Juneau, Sitka - Mt. Edgecumbe, and in Bethel during a diphtheria epidemic. She assisted in the opening of the Alaska Native Health Service Hospital in Anchorage in 1954. Ms. Abraham moved to Sitka where she worked as a nurse, served as school board president during the desegregation of the village school, organized the Southeast Health Aide Program with Dr. Justice from Mt. Edgecumbe, which became the model for the statewide Alaska Community Health Aide Program, and organized the Southeast Native Board of Health. At Sitka's Sheldon Jackson College, she served as Associate Dean of Students, Director of Social Services, and Vice President for Institutional Development. She developed the Tlingit and Haida Language Teachers Training program and helped in the creation of the Alaska Native Language Center at the University of Alaska Fairbanks. In 1976, Ms. Abraham began her service at the University of Alaska, serving as Vice President for Rural Education Affairs, Coordinator of Native Student Services, and Associate Professor at the Anchorage campus. Her educational credentials include a Masters of Arts in Teaching from Alaska Pacific University (APU), a Bachelors degree in Human Resources Development from APU, a Certificate in Native Linguistics from the University of Albuquerque, New Mexico, and an Associate of Arts in Anthropology from Sheldon Jackson College. She received the highest recorded score for the Psychiatric Nurse Evaluation in Arizona. Ms. Abraham is a revered Tlingit elder and serves as Chairperson of the Board of Commissioner's of the Alaska Native Science Commission. For more about Elaine Abraham see the Alaska Native Science Commission website or an article in the Alaska Dispatch News published on May 17, 2016. Elaine Abraham passed away on May 16, 2016 at the age of 87.